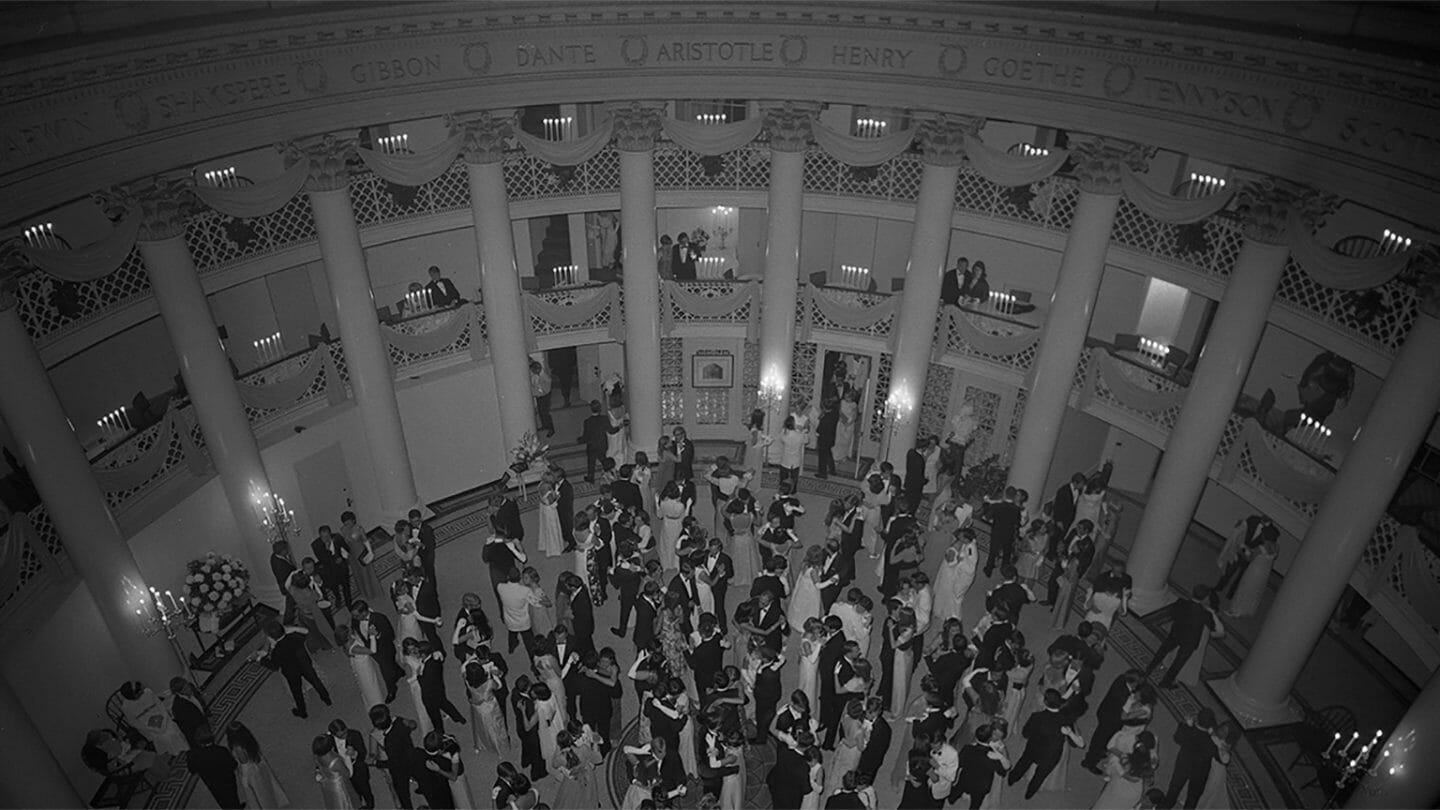 Rotunda Restoration Ball, May 1965. Photo by Ed Roseberry (b. 1925). An annual tradition at the University since 1964, the formal Ball was established to help raise money towards the restoration and preservation of the University of Virginia Rotunda. The effort focused on returning the Rotunda to its original, Jeffersonian design. That meant clearing away most of the alterations that architect Stanford White had implemented following the tragic fire of October 27, 1895, which had destroyed an 1853 annex and completely gutted the Rotunda. The Restoration Balls, held in the Rotunda for many years, raised awareness of the historic project and significant funds as well. The Federal Government awarded the University of Virginia a grant in 1972 to help make the restoration a reality, and the U.S. Bicentennial Committee strongly endorsed the effort by naming the restoration of Thomas Jefferson’s Rotunda as “the nation’s #1 priority” in historic preservation. The massive project got underway in 1973 and involved more than two years of work, during which the Rotunda was closed to the public. It reopened in time for the American Bicentennial Celebration and was officially dedicated on Thomas Jefferson’s birthday, April 13, 1976. 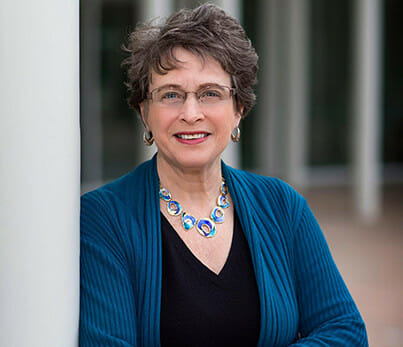 Phyllis K. Leffler is Professor Emerita at The University of Virginia in the field of public history. In addition to two books on public history, she has published award winning articles on museum exhibits and on the history of women at UVA in The Public Historian and the Virginia Magazine of History and Biography. She has also published in the Journal of the History of Ideas, French Historical Studies, Transatlantic Studies and Ethnicities. Her interest in documenting peoples’ lives and experiences led her to co-publish “To Seek the Peace of the City: Jewish Life in Charlottesville,” and to be the lead interviewer for the Lowell Weicker Oral History Project, soon to be released through the U.Va. Library. An extensive oral history project with Julian Bond produced both a website and a book entitled Black Leaders on Leadership: Conversations with Julian Bond (2015). She also wrote the twenty-year history of the Ron Brown Scholars Program, published as The Value of One, The Power of All (2017). She is immediate past president of the Southern Jewish Historical Society. 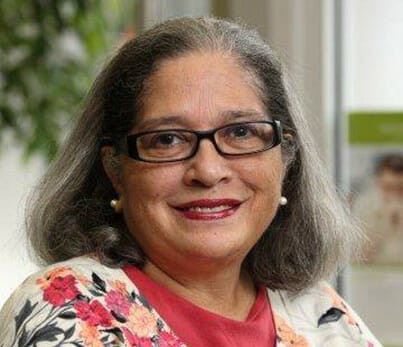 A native of Michigan, Dr. Murphy has been an avid genealogist for nearly three decades, specializing in the study and practice of African American genealogical research. She is a much sought-after guest lecturer throughout the country and is well known here in the Central Virginia region for her exceptional work in this field. Dr. Murphy holds a Doctor of Management in Organizational Leadership from the University of Phoenix. She is an Adjunct Professor for Averett University’s satellite campus in Richmond. She also works part time as a Housing Counselor with the Piedmont Housing Alliance, routinely educating citizens on family financial literacy and the benefits of home ownership. Currently, Dr. Murphy is the lead Descendant Project Researcher for the UVA Descendant Outreach Program and Memorial to Enslaved Laborers. 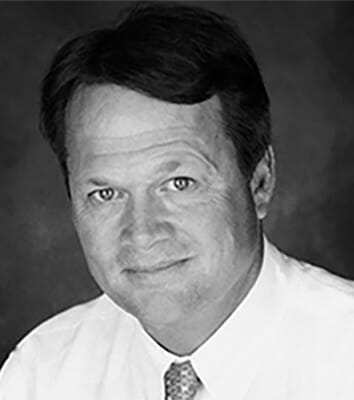 Dan graduated from the College of Arts & Sciences at the University of Virginia in 1979, and from the Darden Graduate School of Business in 1984. He spent more than two decades with Wall Street firms in San Francisco and Boston, including Salomon Brothers, Kidder Peabody, Lehman, and the Bank of Boston. Dan then spent ten distinguished years working in private equity and hedge funds. In August of 2017 he and his family relocated back to the Charlottesville area when he accepted an offer to be the Chief Investment Officer for the Virginia Foundation of Public Media. 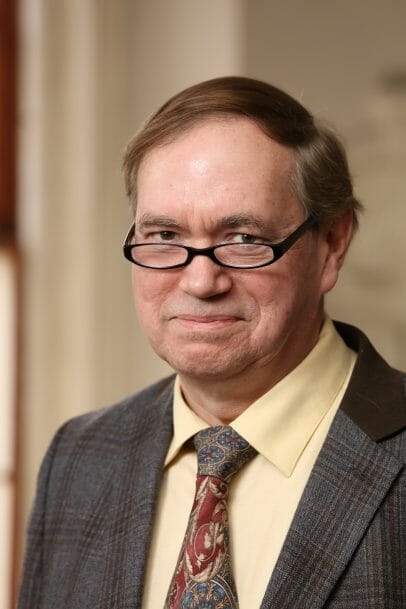 Sam Towler grew up at Everingham Blake’s Schelford Farm in Owensville, just west of Charlottesville. A graduate of Albemarle High School and James Madison University in the 1970s, he lived away from the area and returned in 1994.  He was married to Carol Norford Collier and lived in the old Wilkerson farmhouse in Belmont until Carol’s recent death.  After settling her estate, he moved to Waynesboro.   He worked at Michie Hamlett law firm as a legal assistant from 1995 to his retirement in 2020. Sam has been very active in local history, having compiled two reference books of Court records and written two articles for the Magazine of Albemarle County History, one of which chronicled his mother’s family, the Baileys, and all African-Americans who lived with them at Monticello during the Levy ownership. He was editor of the Central Virginia Genealogy Association newsletter for several years. Sam has been a member of Central Virginia History Researchers since its start and has done volunteer work for many regarding African American Genealogy research.  For several years he has volunteered at the Albemarle Circuit Court conserving and working on a new index of the Chancery cases that were not sent to the Library of Virginia. 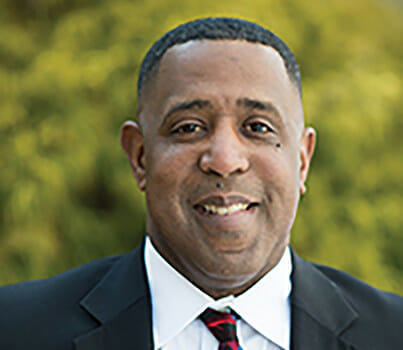 Angus Arrington is a native son of Charlottesville and has contributed to the community and his country all his life. He studied Business at West Virginia University before joining the United States Marine Corp, where he served in the first Gulf War. He has been active in Real Estate since 2001 and received his license in 2008, when he became a busy local realtor and builder in the community and remains active in his local church. He is also active in the American Legion, past President of the Albemarle Sheriff’s Office Foundation, and a member of the FALCONS club and part of the Banquet Committee. Angus is an avid traveler, loyal UVA fan and a die-hard Atlanta Braves and Dallas Cowboys fan. He also owns Champion Show Dogs. He can be found exploring the local wineries or taking time to fish. 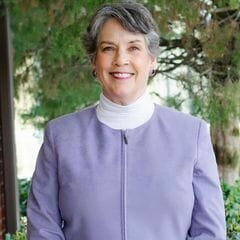 Punkie Feil has lived and worked in the Charlottesville area for over 50 years. She moved to Charlottesville after marrying her husband, attorney Ralph Feil. She worked as an energetic and creative teacher in Charlottesville City schools for ten years, and was perhaps best known for her role producing and hosting the award winning television program, “Classroom Capers”.

Punkie has been actively involved in numerous historic renovation projects at Farmington. She has a passion for local history. 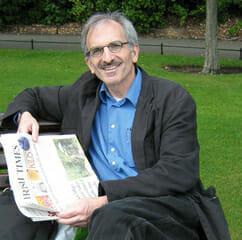 Jeffrey Hantman received his Ph.D. in Anthropology from Arizona State University in 1983 and joined the UVa faculty that same year. Jeff received the All-University Teaching Award in 1994.  He served as Chair of the Anthropology Department and Co-founder and Director of the Interdisciplinary Archaeology Program.  He chaired 17 PhD dissertations, served on the committees of 22 others, and taught UVa’s annual summer archaeological field school. He retired as Professor Emeritus in 2018. Jeff has been honored with appointments to the Virginia Historic Landmarks Board and the Governor’s Commission to Study Historic Preservation, as well as receiving awards for his research from the Virginia Social Science Association and the Monacan Indian Nation.  He helped develop the John Smith Historic Trail for the Chesapeake Bay Foundation and the National Park Service. Professor Hantman’s continuing research and publications focus on the Southeastern and Chesapeake regions of the U.S. — especially the indigenous people of the Piedmont and Mountain regions of Virginia. Hantman’s 2018/2021 book, Monacan Millennium provides a complex history of the Monacan people that extends back more than a thousand years. The book relays the results of nearly 30 years of collaborative research with the Monacan community. He is also returning to complete a book on the 1876 origin and design of the Brooks Museum of Natural History at UVa – a topic he wrote about in MACH thirty years ago and that he has continued to explore in essays published online in the intervening years. 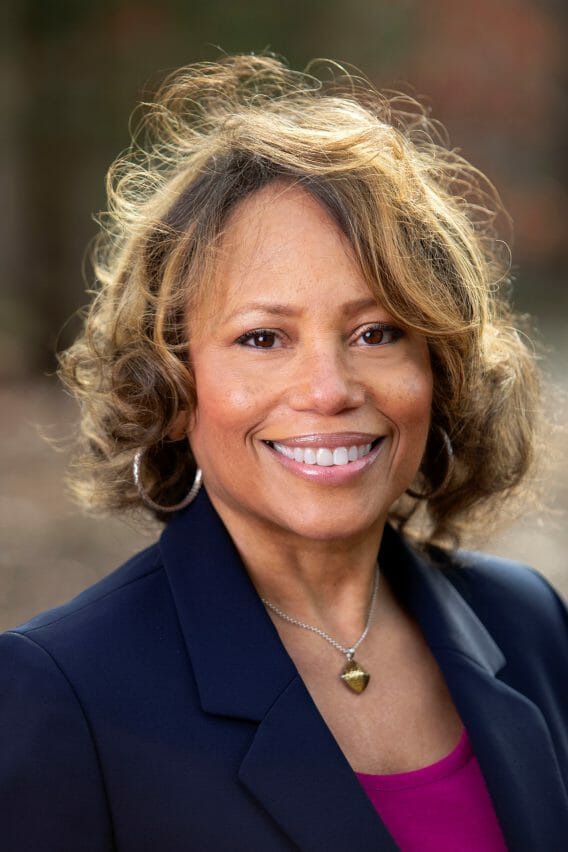 Gayle is Monticello’s first Public Relations & Community Engagement Officer, and the first descendant of Thomas Jefferson and the enslaved community to be employed by the Thomas Jefferson Foundation, the non-profit organization that owns and operates Monticello. She began at the Foundation in 2014 as an International Center for Jefferson Studies fellow, combing through old letters, documents, and records for clues to her family’s past. Two years later, she joined the staff as Community Engagement Officer, becoming a principal spokesperson.

A former award-winning TV reporter and anchor, Gayle began her career in journalism at The New York Times, where she interned in the Washington Bureau. She left the Times for Northwestern University’s Medill School of Journalism, earning a Master of Science in Journalism. Gayle spent several years as a TV news reporter and anchor before becoming a public television producer and show host at her undergraduate alma mater, Howard University.

Gayle serves on Virginia’s Citizens Advisory Council on Furnishing and Interpreting the Executive Mansion, where she is founding chair of the Descendant Committee. She is also a member of the Council of Historic Richmond and serves on the Poplar Forest African American Advisory Group. Her first book, “Reclamation: Sally Hemings, Thomas Jefferson, and a Descendant’s Search for her Family’s Lasting Legacy,” published by HarperCollins will be released on November 16, 2021. 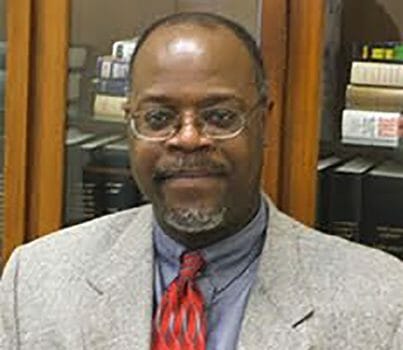 Professor Ervin L. Jordan, Jr. is an Associate Professor and Research Archivist at the University of Virginia’s Albert and Shirley Small Special Collections Library since 1979. He specializes in Civil War and African American history and is the author of three books including Black Confederates and Afro- Yankees in Civil War Virginia, named one of 1995’s best nonfiction books by Publisher’s Weekly. Since 2015 he has been an affiliated faculty at the John L. Nau III Center for Civil War History, University of Virginia College and Graduate School of Arts and Sciences. By appointment and reappointment of six consecutive Virginia governors, Professor Jordan serves on various state boards and commissions. 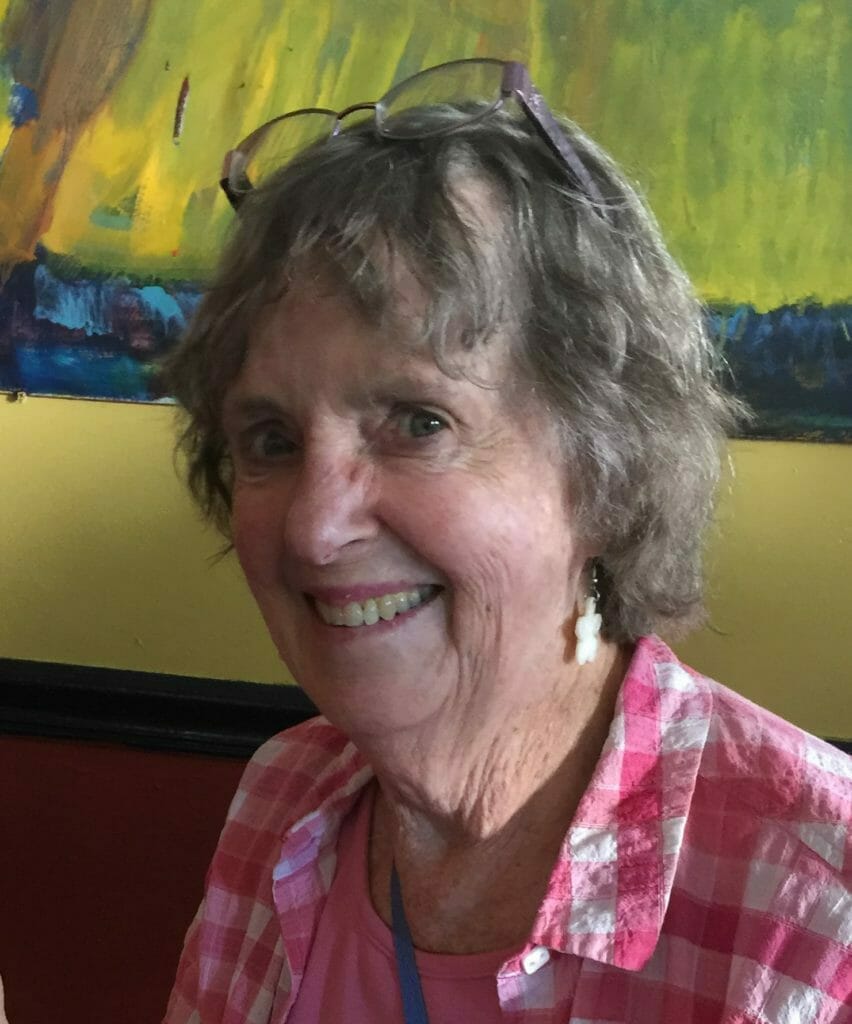 Kay Slaughter, who retired from the Southern Environmental Law Center in 2010, is a native Virginian interested in family genealogy and local history. A former mayor, she served two terms on City Council in the 1990s, during which time she advocated for the City Historic Resources Committee and, with ACHS director Melinda Frierson and the late Martha Gleason, helped found Preservation Piedmont. She currently serves on the Historic Resources Committee and the board of Preservation Piedmont. Kay also is a member of the Central Virginia History Group and last summer presented research on a family enslaved by her ancestor in conjunction with the oral history of descendants of the enslaved.