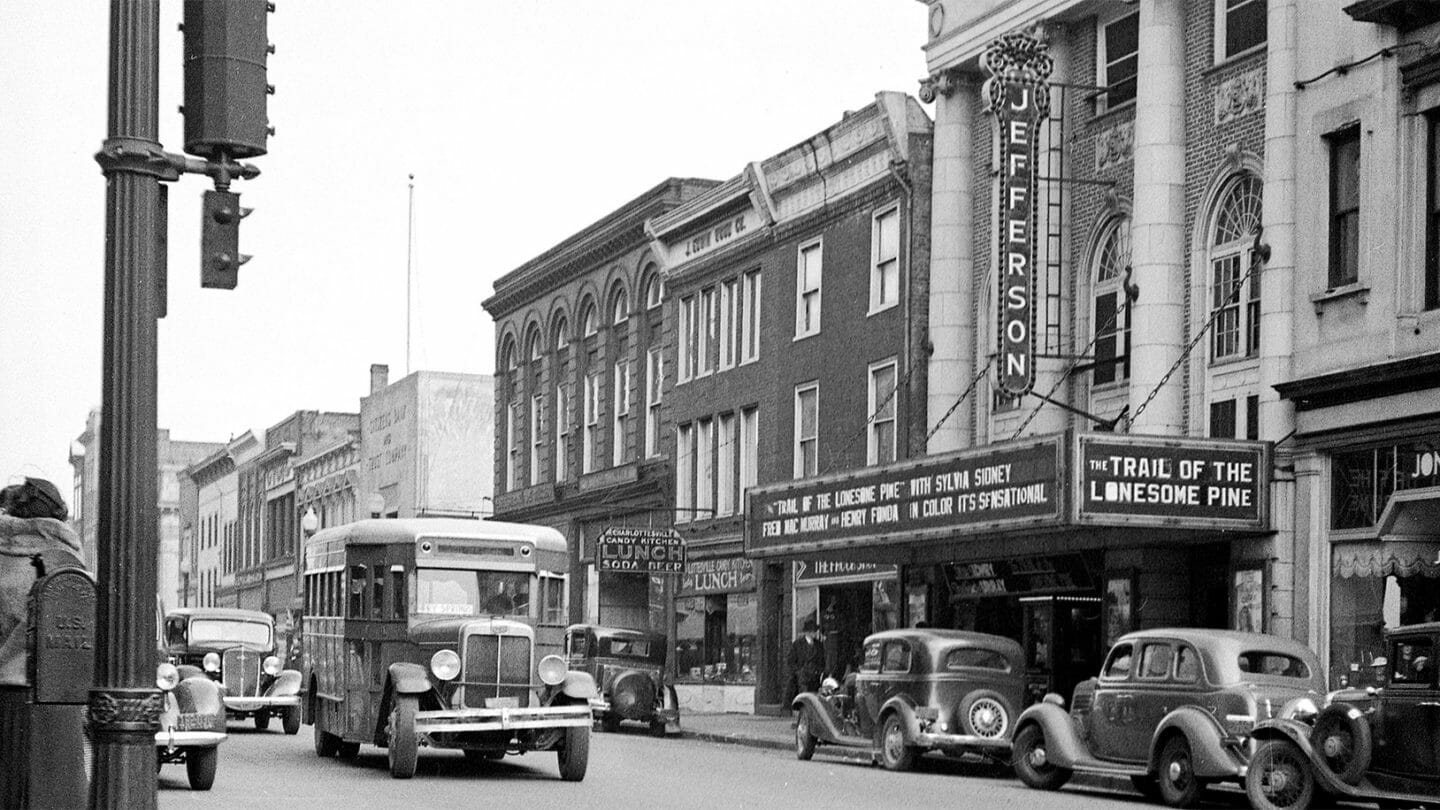 The Jefferson Theater, 1936. Built in 1901 as the Jefferson National Bank on East Main Street (today’s Downtown Mall), the Jefferson was enlarged and converted into a theater in 1912. Owners completely rebuilt the building just three years later after a tragic fire. A combination silent movie house and vaudeville stage, the Jefferson was host to a number of popular films and performers over the years, including magician Harry Houdini. Other downtown movie theaters followed: the Lafayette (1921), which is now the site of York Place Shops and Apartments; the Paramount (1931); Vinegar Hill (1976); and the University Theater at the Corner (1938-1990). After struggling under various names for many years as a second-run movie theater, the Jefferson was sold to music promoter Coran Capshaw in 2006, who launched a multi-million dollar renovation project and has since reopened the historic venue as a live music hall. The marquee in this photo advertises the 1936 release The Trail of the Lonesome Pine starring Fred MacMurray and Henry Fonda, one of Hollywood’s first successful color films. (courtesy of the Special Collections Library at the University of Virginia).

All speaker programs for the foreseeable future will be online, accessible through ZOOM or Facebook Live. If you miss a program you can find a recording on our YouTube channel. All online programs are free and open to the public. Our programs will engage online guests by reflecting on events, issues, and personalities from the history of our region. We have a slate of speakers lined up for the remaining year and will be adding new online programs for 2022. The latest updates are available on our Facebook and Twitter pages. Better yet, subscribe to our online newsletter below for up to the minute programming information!