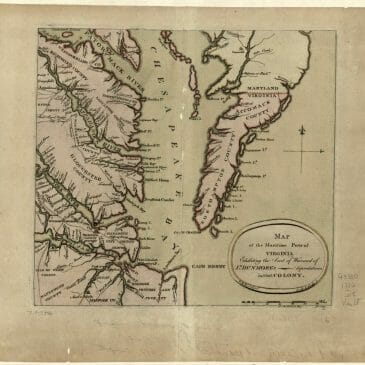 Biographical/Historical Information: The Battle of Hampton (26 October 1775) was the first Revolutionary War battle in Virginia. An armed sloop was driven ashore near the village of Hampton by a gale in October 1775. The villagers took off her guns and munitions, burned the ship, and took the men as prisoners. Governor Dunmore blockaded the port. The villagers called to their aid some Virginia regulars and militia causing Dunmore to send men to destroy the village. After a short skirmish, the blockaders were driven away. Several British were killed; no Virginia militia were killed.

Notes: [Image: Map of the maritime parts of Virginia exhibiting the seat of war and of Ld. Dunmore's depredations in that colony, Library of Congress]