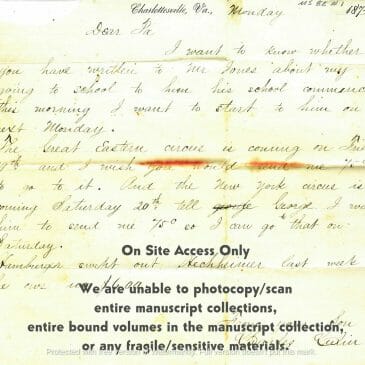 John C. Culin (1834-1890) was a native of Philadelphia, Pennsylvania and came to Charlottesville, Virginia before the Civil War. He was a tailor by trade.  He married Sarah F. Farish (1829-1916) on 16 April 1857. During the Civil War, he was a Captain of Company A, 19th Virginia Infantry. He was wounded seven times during the war, in fact, in every battle in which he participated. He lost a leg during the Battle of Five Forks and was taken prisoner. He lived the rest of his life in Charlottesville.