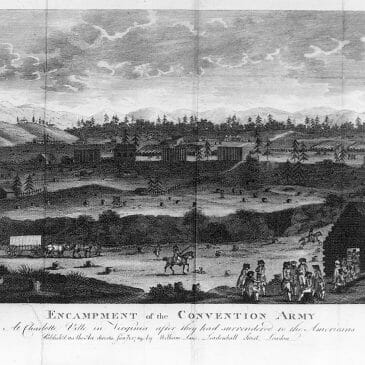 Preferred Citation: This manuscript is for reference only and is not to be cited from our collection. Please consult the original at the University of Saskatchewan for citation information.

This is a photocopy of 21 pages of the Jervis Yates Diary, 1786-1828 [Special Collections, University of Saskatchewan Library, MSS 18(a)] given by Dr. Kenneth Yates. The diary part of the original manuscript is a memoir of a private soldier in the 7th Foot, Royal Fusiliers who arrived in Quebec City in 1773. Since there are no page numbers, this part begins with the words “a short account of George Fox (my father-in-law) uncle to G. Fox of Hanley Blue maker”. It is headed: “1828, 11th September”. It concludes: this I believe was wrote by G. Fox [i.e. the nephew] his uncle dictating to him I suppose about the year 1786. Copied by Jervis Yates. Presumably the soldier, G. Fox, dictated his reminiscences to his nephew, and Jervis Yates later took a copy, the present manuscript. [description from the University of Saskatchewan catalog record]

The soldier spent time as a prisoner at the Albemarle Barracks.